SDV presents
NICE! \an exhibition and a book

A poetic exploration about the possibility of return, of memory, homeland and loss.

Twenty four guest artists present personal narrative  constructs/contraptions aiming to delineate the field of subjective memory.
By means of comparative citing of experience in the changing  environment, they explore accumulated beliefs, experiences and memories, questioning the function of these in  structuring identity  (individual or collective).
A variety of approaches, found objects, recordings and representations,  bodily actions, archives and collections comprise the main form of the exhibition, while wandering, reflection, observation, psychogeography and  its variegation within time-space, are the project’s main methodological
tools and practices.

On the occasion of the exhibition, a collective volume will be published with  literary and theoretical texts as well as artwork by the participants around the question of the feasibility or otherwise of the “return”.

The project is realized with the help of the Organization for Cultural Development NEON and the support of the Municipality of Nikea – Agios Ioannis Rendis. 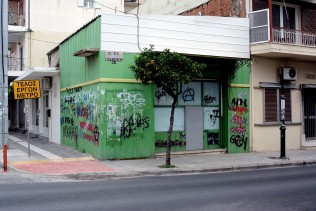 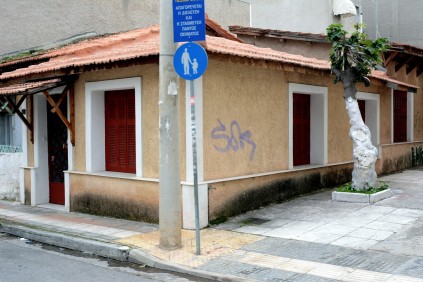